Théo, a 22-year-old youth worker, was arrested last week in Aulnay-sous-Bois in the northern suburbs of Paris and anally raped by racist French police.

A police investigation claims that Théo was ‘accidentally’ assaulted and that there was ‘insufficient evidence’ to support the allegations made by the victim against the police officers involved, despite the video evidence and injuries suffered.

The French police brutalise people of African and Arab descent on a daily basis and with impunity. This must not stand.

As France enters its eighth day of protests, we call for the jailing of the police officers and justice for Théo and all the other victims of France’s racist police and an end to the cover-ups by the French state.

We also call for an urgent investigation into the extent of Fascist infiltration of French police. 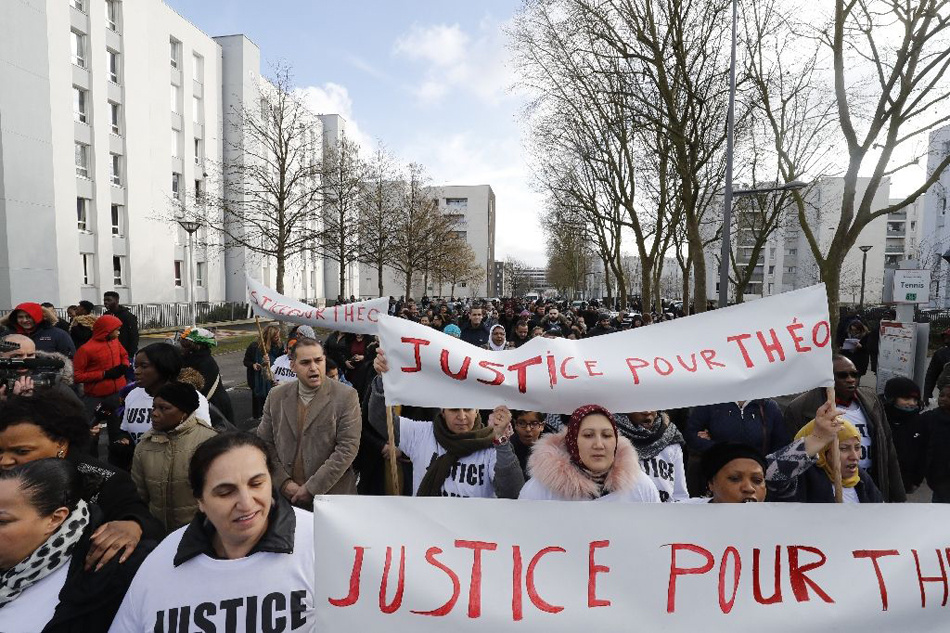 Half of the police are thought to vote for Le Pen’s Fascist Front Nationale. The electoral successes of the FN and its support base among police is an indication of how and deep and widespread racism is in French society. Le Pen’s Islamophobia and racism, and that of the state itself, has emboldened the police in their persecution of minorities.

Shockingly, the French state does not collect any information on the extent of racist discrimination in employment, education, housing and policing – it justifies this in the name of Republican equality and the EU does nothing about it. Institutional racism against Muslims and ethnic minorities is rampant.

Brigade Anti-Negrophobie has been leading the protests in Aulnay-sous-Bois and elsewhere. A representative of the organisation will be speaking at the anti-Trump Summit at Friends Meeting House, Euston on Saturday 18th February. 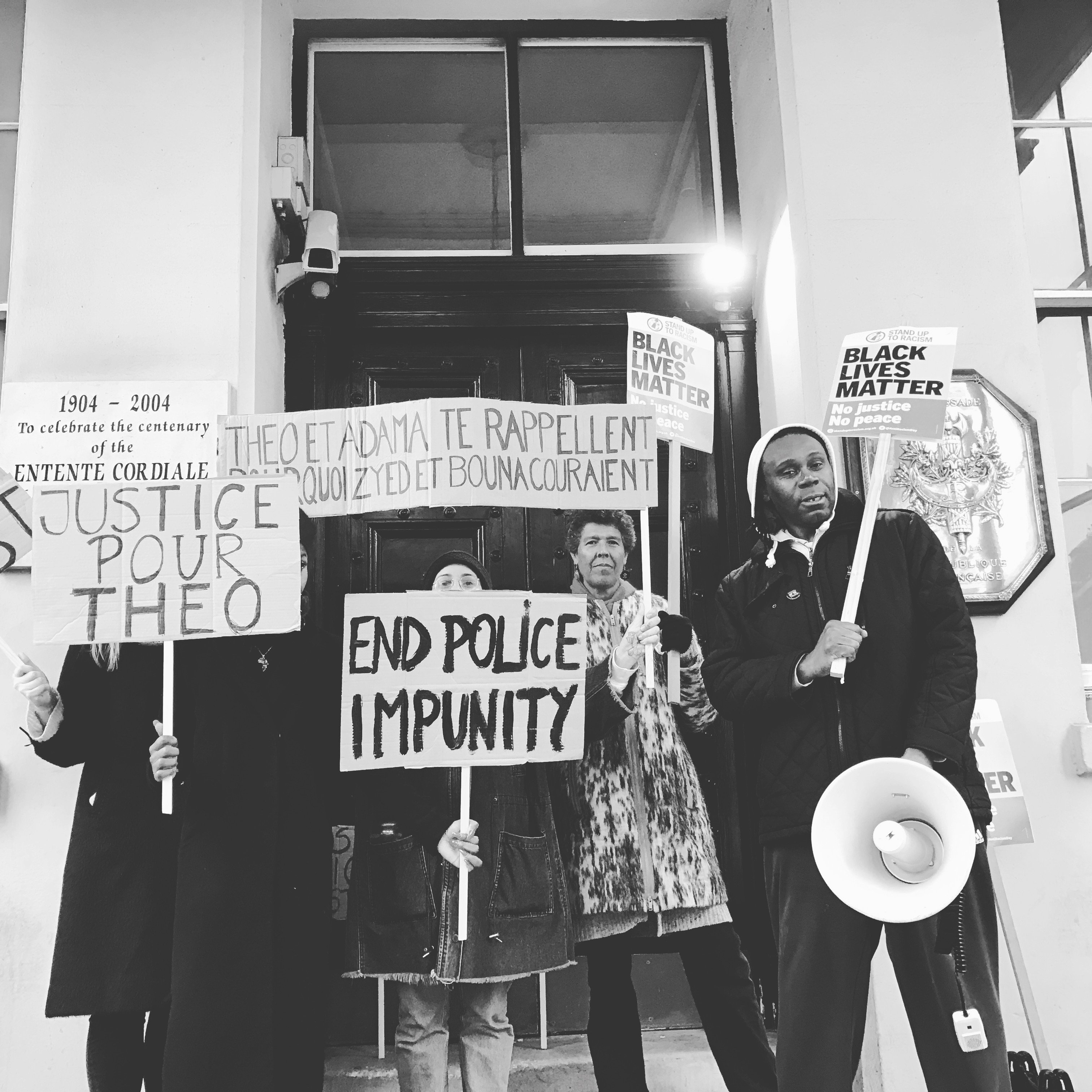