Home » Mangrove – a searing indictment of police racism, then and now 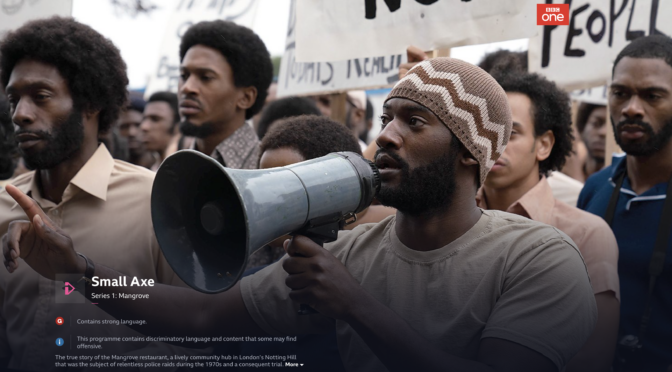 Mangrove is a film that is first instalment of a series of films from director Steve McQueen called Little Axe.

The Mangrove restaurant in Notting Hill in the 1960s, became much more than just a restaurant –it grew into an organising hub for the black community.

Its reputation went before it, as it attracted not just ordinary members of the community but a host of celebrities too, from rock pioneer Jimi Hendrix to left-wing actress Vanessa Redgrave.

And when the Black Panthers came onto the scene in the UK as an offshoot of the US organisation, it became a base for the militant group.

Frank Critchlow was the owner of the restaurant and he was joined by the likes of Altheia Jones-LeCointe, Darcus Howe and Barbara Beese as key organisers.

This was all too much for the racist Met police, and in particular a certain PC Frank Pulley.

It was Pully who led the constant raids on the restaurant that eventually led to the framing of Mangrove Nine.

The framed activists defended themselves in court and powerfully exposed the racism of the British police at the time, and the film leaves you asking at the end, so what has changed as far as racist policing goes?

Eventually all the defendants were to walk free, acquitted of all the most serious charges.

This is a story whose telling is long overdue, and it couldn’t have come at a better time.

Catch it on iPlayer now.

The choice of the title Small Axe for the series of films from McQueen exploring the African Caribbean Windrush generation’s experience in the UK, is based on a line from the Bob Marley and The Wailers song of the same name: