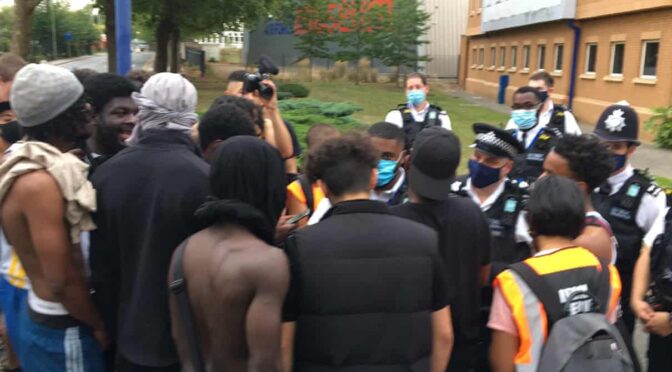 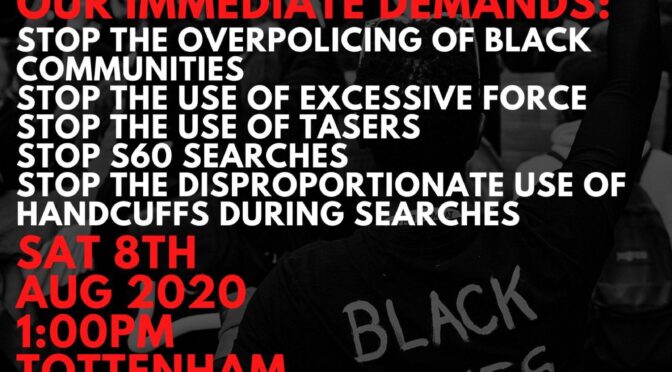 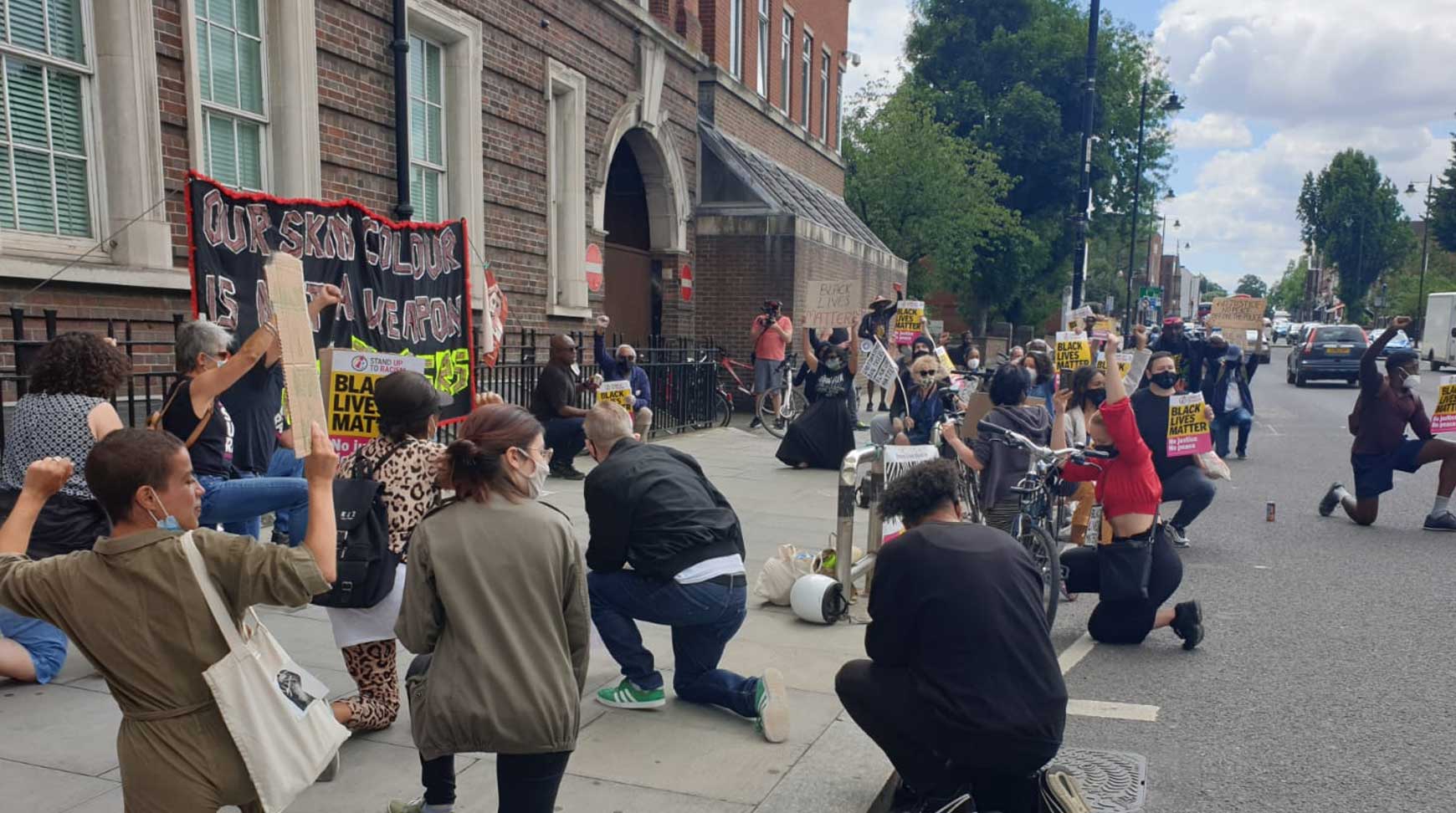 A hundred BLM protesters assembled outside the Tottenham police station for the third time in the past three weeks as they stepped up their campaign against stop and search and for the banning of the Taser.

Support was notably vocal from passing motorists, as the constant stream of police abuses caught on video adds to rising anger across London.

Thanks to Stand Up To Racism for organising. 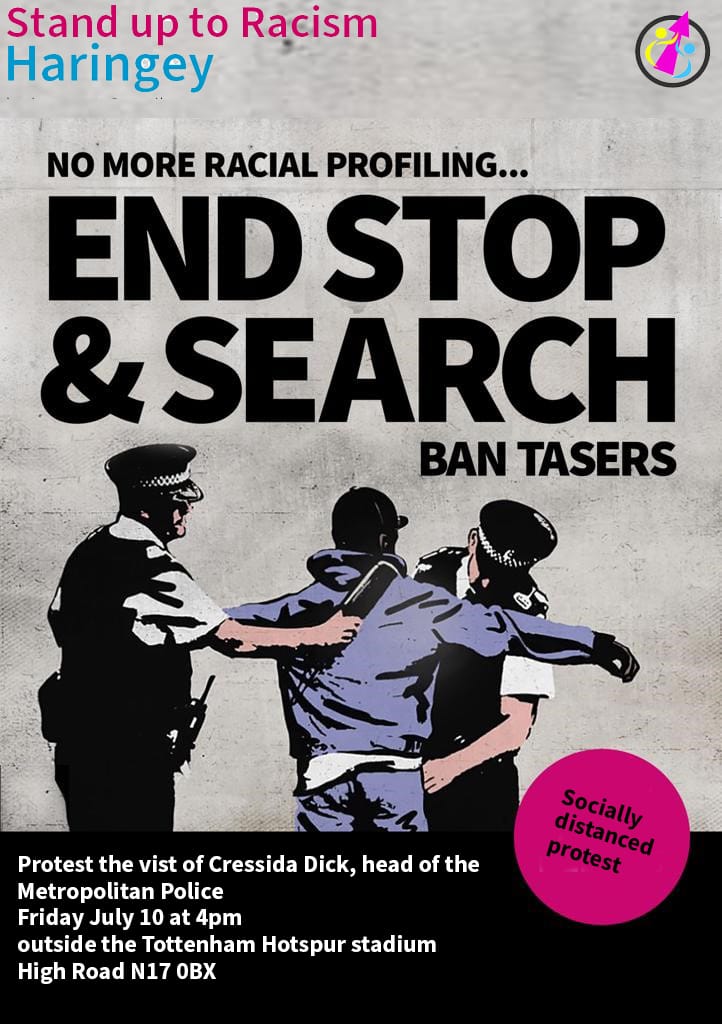