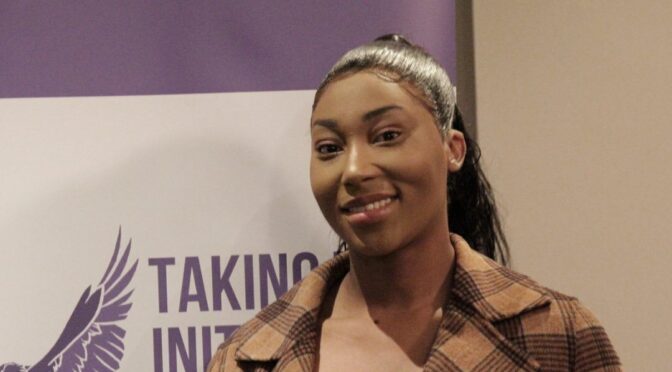 Sasha Johnson shot in head – BLM activist Sasha Johnson has been shot in the head. The attacked happened at around 3am in the morning in Peckham, south London on Sunday.

Sasha has received numerous death threats because of her work for racial equality. She is in critical condition with life threatening injuries.

Sasha has been at the forefront of the BLM fight, taking a leading role in Oxford BLM and the Rhodes must fall campaign, to remove the statue of the colonialist at Oxford university.

Sasha is a founder member of the The Taking the Initiative Party (TTIP) and before that was associated with a putative UK Black Panther group.

Sasha is a tireless campaigner for the cause and everyone at BLMM wishes her a speedy and full recovery.

Police have not officially released her name but have informed her family, according to a BBC report. Sasha has two children and graduated from Oxford Brookes University with a first class honours degree.

Police say there is no evidence that the shooting was targeted, despite the numerous death threats. The police added that none of the threats were credible, but have given no further details as to why they had come to that conclusion.

The police arrested Sasha in January for breaking Covid regulations when she took part in a protest in central London.

It is unclear why the police are yet to officially release Sasha’s name, but TTIP have made a statement on their facebook page.