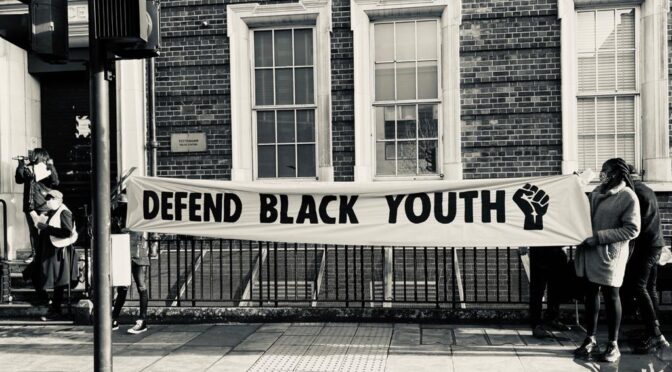 Two hundred people turned out to protest in Tottenham this Saturday (19 December) against the violent assault on Black children in Tottenham by police last Tuesday.

The event was organised by local activists and supported by Tottenham BLM, Enfield BLM, Haringey Stand Up To Racism, Haringey Extinction Rebellion and BLMM.

The mixed crowd heard from Andrew Boateng (his son was assaulted by police while on a charity ride for a community-police charity), Deliah Mattis (Enfield BLM), Sasha (from UK Black Panther), Vivek Lehal (from Stand Up To Racism), Tottenham activists Ken Hinds and Gary McFarlane, Nathaniel from the the All-African People’s Revolutionary Party, local black activists Empress (and AAPRP member), to name a few.