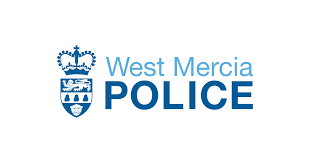 BLM received this audio from a gay man who has been the subject of homophobic harassment at the hands of West Mercia police.

He rang up to complain. The trouble who do you complain to when it is the police that are breaking the law, allegedly?

The victim tried complaining to professional standards ( enquiries@policeconduct.gov.uk ) but couldn’t get an answer. He emailed but no response, so he rang, again – this is the recording.

The conversation begins at 2m 10s

In the converdsation that follows the police officer taking the call claims that the police are a persecuted minority!

From our email correspondent:

I have requested the camera footage from Bridgnorth police who without just cause entered my mum’s property abusing section 135 after threatening her (A pensioner).

I tried to resolve this by phone but you were not interested and kicked her door in instead and then ran off when you realised 2 officers – one in the front & back – being threatening was a massive abuse of power especially as this was under the pretence of worrying about my mental health.

Then when I call to discuss this your staff then proceed to say the police are a minority group and I am labelling them unfairly.