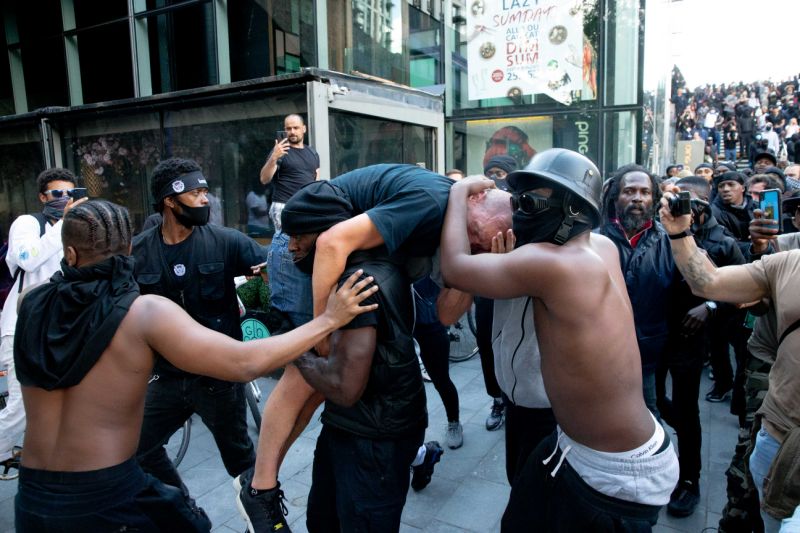 Huge local protests have taken place all over the country over the weekend. The contrast between the peaceful BLM gatherings and the violent thugs of the far right could not be more striking.

To protest the racists and fascist an entirely peaceful and widely reported event was held at Hyde Park and Marble Arch. Thanks to Sasha and sisters from Oxford BLM for taking the lead and our allies at Stand Up To Racism.

Although we disagreed with cancelling the BLM marches on Saturday, we understood why those decisions by various groups were made for reasons of safety and attempting to control the narrative.

Unfortunately however, this meant the racist gangs were able to wander around central London intimidating and attacking black people… that was until reinforcements arrived courtesy of a call by a number of rappers for people to get down to Trafalgar Square.

Also the contrast between the over-policing of BLM London protests and that of the far right on Saturday was shocking. They were allowed to leave Parliament Square unmolested and to roam the streets hunting for people to attack, black and white as countless videos on social media have shown.

And of course the humanity of the BLM movement, which is a campaign for social justice and equality for all, was shown through the noble actions of Patrick Hutchinson: