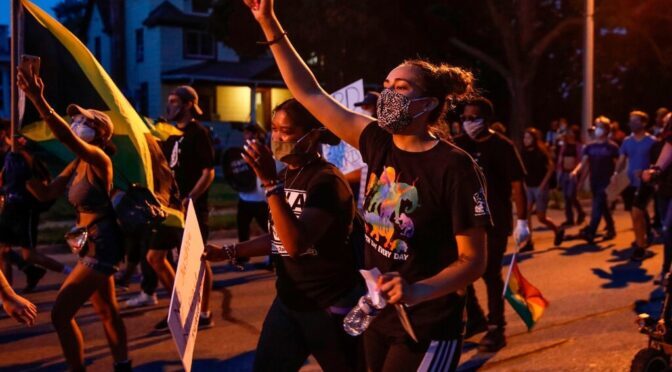 Rusten Sheskey, the police officer in Kenosha County, Wisconsin, who shot Jacob Blake sparking off days of protests which led to white supremacist vigilante Kyle Rittenhouse shooting dead two BLM protesters, will not be charged with any crime.

The news was announced by Kenosha County district attorney Michael Graveley. The announcement was greeted with dismay by Blake family members.

“This decision failed not only Jacob and his family but the community that protested and demanded justice,” said the family’s lawyer, Ben Crump.

The white policeman who shot Blake several times in the back after attending a domestic incident with other officers, has left Blake semi-paralysed and he will never walk again.

Expected protests on Tuesday, many businesses had been boarded up and National Guardsmen were stationed at the court house.

Sheskey has been on administartive leave since the shooting, on full pay. So while he has been on holiday, another Black family has been grieving as a result of racist police violence in the US.

Rittenhouse was arraignment today also, and pleaded not guilty to the six charges against him, which included first degree intentional homicide.

In the protests that turned into an anti-police uprising, the armed Rittenhouse, who was 17 at the time, was seen colluding with police and even after he killed two protesters was able to depart the scene with no intervention from the police.