Home » Still fighting for justice for Belly Mujinga one year on 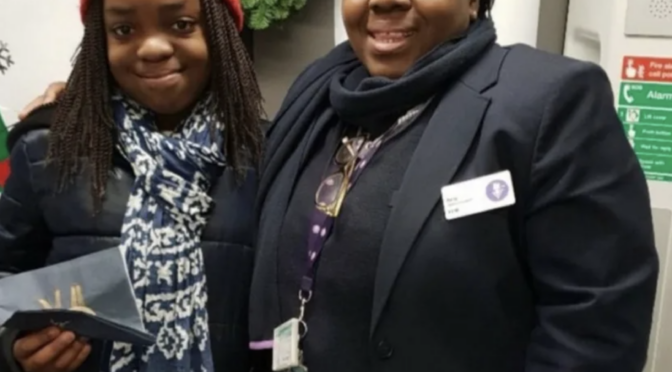 It is one year since Belly Mujinga died from Covid after a racist attack in which she was deliberately spat at and coughed on by a man who said he had Covid.

Belly’s family have been fighting for justice ever since, both to prosecute thee racist and to bring the railway worker ticket inspector’s employer – Govia Thameslink – to account for not providing Belly and other frontline workers with personal protective equipment as the pandemic took hold.

British Transport Police have. so far refused to bring a prosecution, claiming there is not sufficient evidence.

The Coroner is yet to decide whether there should be n inquest into her death.

Also, although the train company knows the identity of the racist assailant, they still refuse to reveal the name.

Standing alongside the family, Manuel Cortes, general secretary of Belly’s union, the Transport Salaried Staffs Association, is demanding action: “We are asking people to take a minute out of their day to remember Belly Mujinga and to think of all the frontline workers who have died from coronavirus during the pandemic.

“There must be justice for Belly and our union will go on demanding that.

“This is vitally important, not just for Belly’s family but for all transport workers who have done so much to keep our country moving during this deadly pandemic.”

If Tony Sewell – who chaired the Commission on Racial and Ethnic Disparities – is struggling to work out what institutional racism is, he could start with this case.