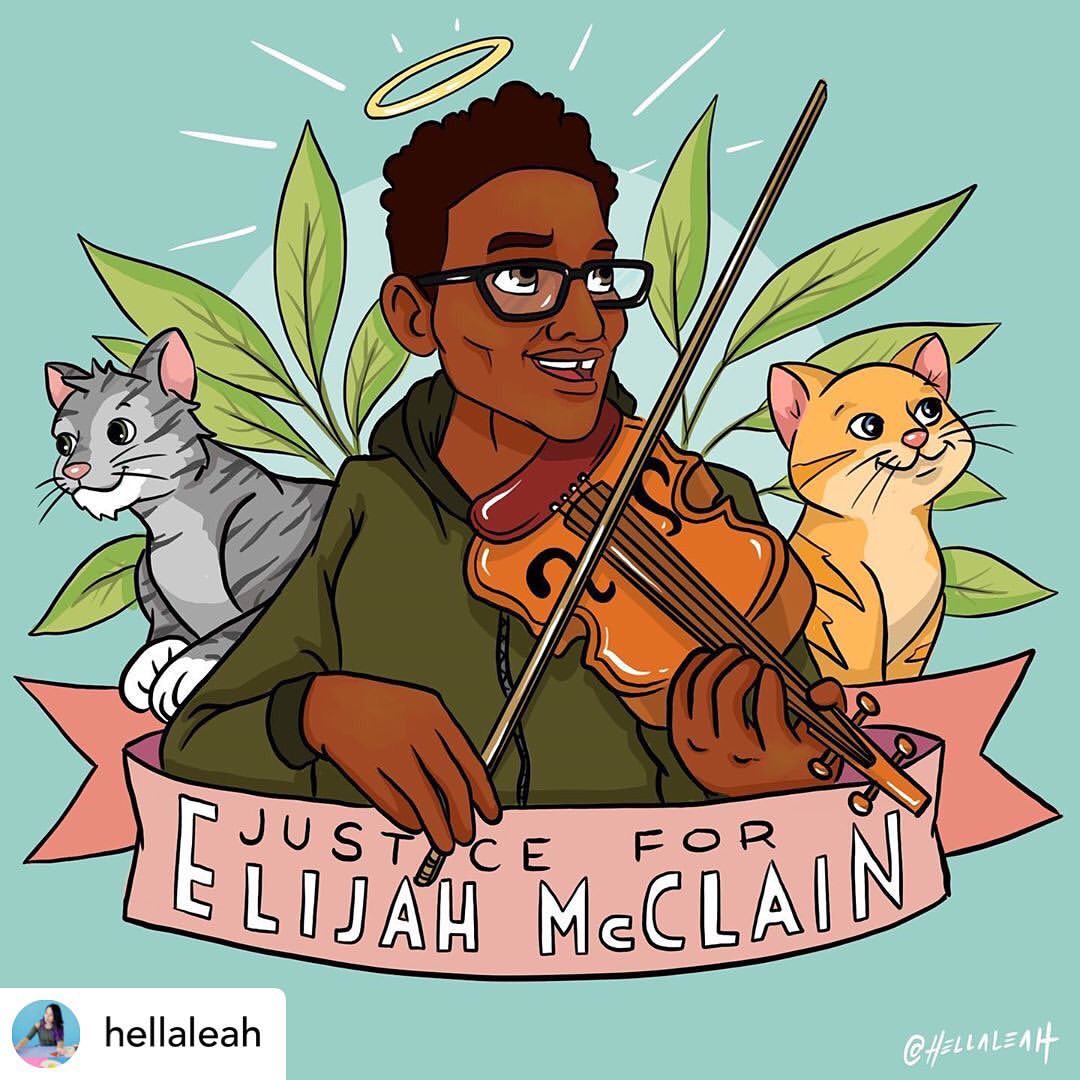 In August 2019 gentle, kind Elijah McClain was killed by US police.

Last August, police officers in Aurora, Colorado, approached 23-year-old Elijah McClain as he walked home from a convenience store. The Aurora Police Department later said that a 911 caller had reported a “suspicious person” in a ski mask, and that when officers confronted McClain — who was not armed and had not committed any kind of crime — he “resisted arrest.” In the 15 minutes that followed, the officers tackled McClain to the ground, put him in a carotid hold, and called first responders, who injected him with ketamine. He had a heart attack on the way to the hospital, and died days later, after he was declared brain dead.

When violinists played in a park at a vigil to remember Elijah (he taught himself to play the violin), this is what Aurora police did (what is wrong with these warped people?):