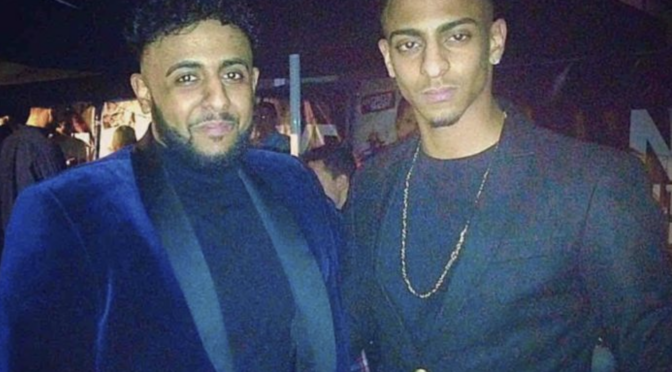 Moyied Bashir died after 24 police officers turned up at his home following a request for help get him to hospital. Instead, South Wales police in Newport are alleged to have killed him.

It comes after Moyied’s parents called police for help getting him to hospital Moyied has mental health issues and had been stabbed three weeks ago.

Gwent Police forced their way into Moyied’s home on Wednesday and “tied him up by his leg”, according to his brother Mohammed. The 29 year old was taken to Grange Hospital, Cwmbran, where he was pronounced dead.

A large protest took place at Gwent police station in Newport on Thursday.

This is the second alleged killing by South Wales police in little over a month.

Mohamud Hassan was killed by police in Cardiff after contact with52 police officers. He was held over night by police , and left covered in cuts and bruises and died later at home.

Moyied’s brother says he was on medication for his mental health:

“He’s been battling mental health for a long period of time. The combination of the medication and his mental health got a bit stressful,” said Mohammed.

Sadly, Moyied’s parents rang the police to get help but instead the police tied him up. Moyied’s stab wound was on his main artery and after the restraints were applied Moyied started getting weaker, says his brother.

The family only wanted help from Moyied but now he’s dead at the hands of the police.

Today there is a protest at Cardiff Bay police station to demand justice both for Moyied and Mohamud.

He explained that their parents “rung the police with the intention to escort him to hospital with, say, two to three officers”.

But, Mohamed said, 24 cops arrived and “forced” their way into Moyied’s room and “tied him up by his leg”. “His stab wound is on his main artery, so while he is tied up, handcuffed, he started getting weaker,” he said.

“My dad is in shock saying, ‘What are you doing?’ In hospital, my brother was given CPR, oxygen, they tried everything.

“It was too late. We only wanted help.”

GoFundme page for Moyied is here