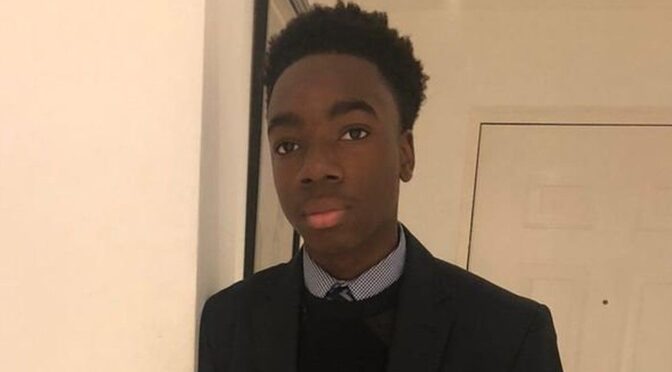 The body of missing student Richard Okorogheye is though to have been found in a pond in Epping Forest by Essex police.

Although the body has not been formally identified, the Met police have told Richard’s mother, Evidence Joel, that the description matches.

Sadly the discovery comes more than a week after after the family reported him missing and the police refused to help. The student went missing on 22 March

Indeed when Richard’s mother reached out to the police ‘public servants’ for assistance, she was told: “How do you expect us to find him if you can’t?”.

It was only after the family made a plea to the public and concerned citizens demanded that the police take action, that a police search began.

As we all know, locating missing persons is a police responsibility, as is investigating domestic violence and bringing perpetrators to justice, but in reality neither tasks appear to be taken seriously by police.

Richard Okorogheye failed by police because he was black

The negligence is likely compounded by the fact that Richard was black.

Why do we say that? users of this website will be familiar with the case of Nicole Smallman and Bibaa Henry – two sisters who went missing in August last year. When they were reporteed missing by the family to the police, they refused to go and look for them. Suffice to say the sisters were black.

Perhaps in the case of Richard the police may not have been able to locate him in time to prevent his death, but maybe they could have. We will now never know because of the racist negligence of the Metropolitan police.

Richard suffered from Sickle cell anaemia and left home without his medicine.