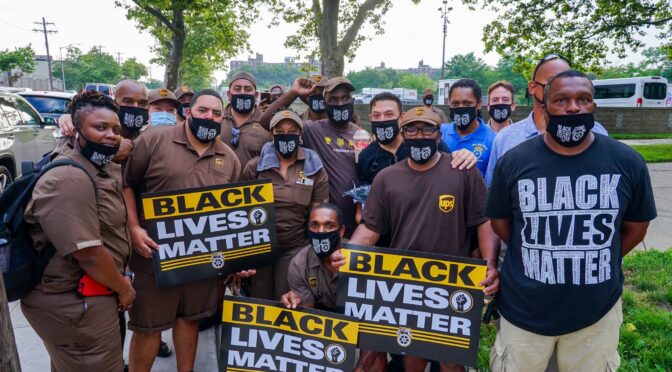 Thousands of workers all over the US are walking out to show their support for the Strike For Black Lives. Read more about the background here.

Tens of thousands of workers nationwide have or are planning to walk off the job Monday in solidarity with the Black Lives Matter movement, hoping to draw closer scrutiny to the income inequality and systemic racism that organizers say have become more entrenched during the pandemic.

The “Strike for Black Lives,” as leaders have dubbed the campaign in more than two dozen cities, includes workers from a broad range of industries. Service Employees International Union, International Brotherhood of Teamsters, American Federation of Teachers and members of dozens of other labor and political groups plan to take part.

Participants are pushing for “an unequivocal declaration that Black Lives Matter” from business and political leaders; action from government officials to “reimagine our economy and democracy” with civil rights in mind; businesses to “dismantle racism, white supremacy, and economic exploitation”; and access to union organizing, according to a list of demands posted on the strike’s website…

…In New York, Antoine Andrews, a UPS driver in Long Island City and member of the Teamsters Local 804, helped lead more than 100 employees in a demonstration in front of their workplace early Monday morning. Andrews and co-workers did not strike, but wanted to express solidarity with the Black Lives Matter movement and send a message to their employer to take issues of inequality seriously. more

From the Florida Poor People’s Campaign:

“One of the things we have to understand about a capitalistic system that began with slavery, is what the ultimate goal always is, and that’s to get wages as close to zero as possible, because the nation’s wealth was built on paying nothing.” @RevDrBarber

Across the country, essential workers are on strike for Black lives

Racial injustice and Covid-19 have collided for many essential workers. Today they’re on strike.

Fast food workers like Edie will be joined by an enormous swath of the workforce: other low-wage workers like airport employees, ride-hail drivers, nursing home caregivers, and domestic workers alongside middle-class teachers and nurses and even high-paid Google engineers. Those who can’t strike the whole day will walk off the job for eight minutes and 46 seconds, the amount of time a white police officer kept his knee on Black Minneapolis resident George Floyd’s neck before he died.

It’s a massive action that will bring together major unions as well as grassroots organizers. The Service Employees International Union, International Brotherhood of Teamsters, and American Federation of Teachers will join forces with the Fight for 15, United Farm Workers, and the National Domestic Workers Alliance. Social justice organizations, such as the Movement for Black Lives, Poor People’s Campaign, and youth climate organizers will also participate. It represents a unique partnership: Labor unions don’t always act in concert, let alone partner with grassroots and social justice groups. more

Detroit: “[Corporations] talk about Black Lives Matter but they’re not standing with us. They’re not on the frontlines with us.” 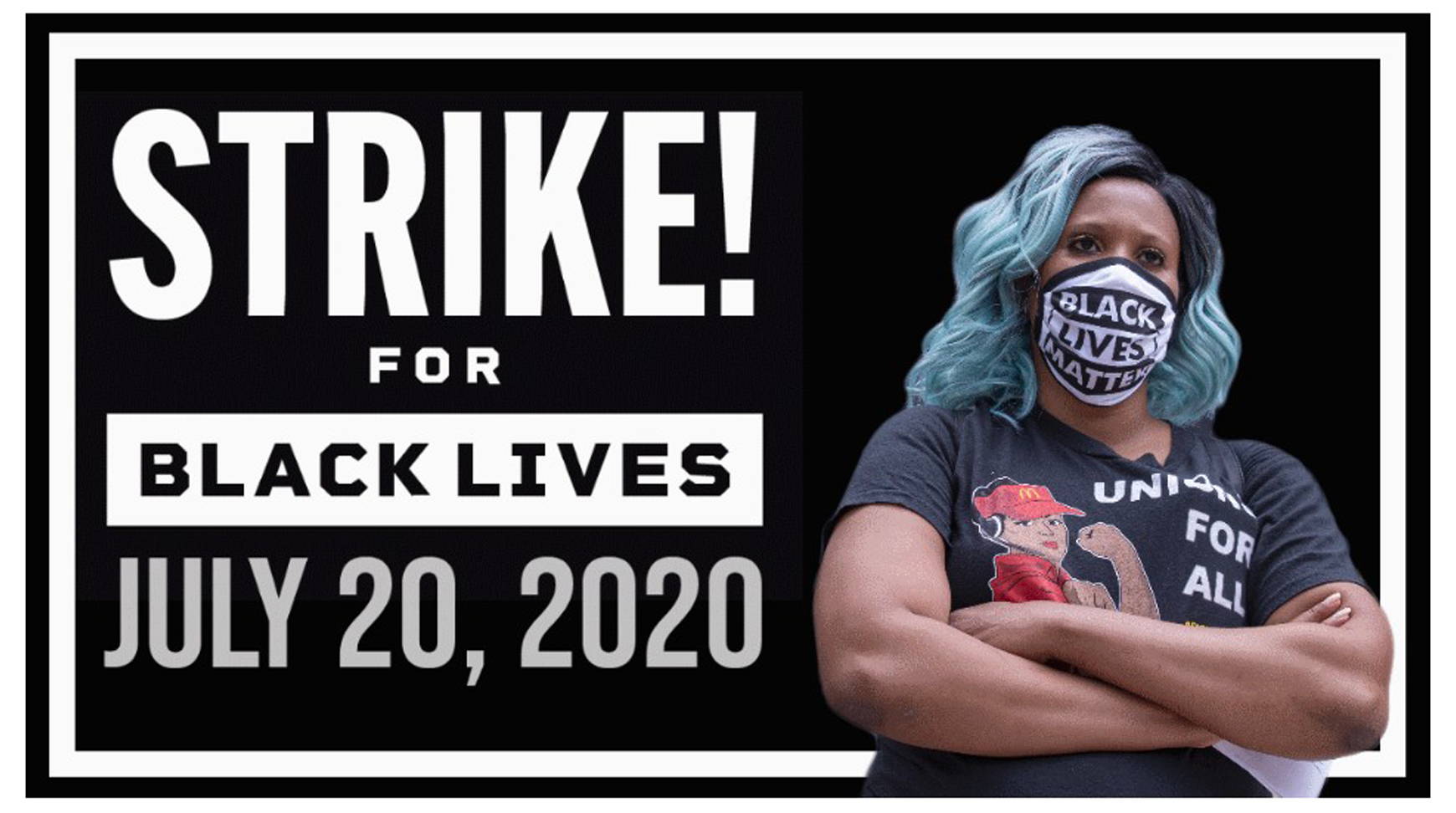 A coalition of trade unions and campaign groups in the US is organising a “strike for black lives,” set for Monday 20 July.

Tens of thousands of fast food, ride-share, nursing home and airport workers in more than 25 cities are set to strike for a full day. Others will stage a walkout for eight minutes—the amount of time police officer Derek Chauvin knelt on George Floyd’s neck during the arrest that killed him.

The national strike will also involve marches led by workers.

Strike organisers are demanding action by bosses and the government against systematic racism that fuels poverty for black people. Organisers say black people make up a disproportionate number of those who earn less than a living wage.

They are also demanding guaranteed sick pay, affordable health care and better safety measures for workers forced to work during the coronavirus pandemic.

Unions involved in the strike include the SEIU, the International Brotherhood of Teamsters, the American Federation of Teamsters and United Farm Workers.

Organiser Ash-Lee Woodard Henderson said corporations “claim to support black lives. But their business model functions by exploiting black labour—passing off pennies as ‘living wages’ and pretending to be shocked when Covid-19 sickens those black people who make up their essential workers.

“Corporate power is a threat to racial justice, and the only way to usher in a new economy is by tackling those forces that aren’t fully committed to dismantling racism.”

Nursing home worker Trece Andrews said she felt racism was to blame for why she has spent years being passed over for promotions.

The call for a strike came as evidence submitted to the trial for the murder of Floyd revealed horrifying new details about his final moments.

Audio recorded on a police officer’s body camera reveals that Floyd pleaded, “They’ll kill me, they’ll kill me” and cried out for his mother and children.

The transcript of the recording covers the moments before and during Floyd’s arrest. It includes the time he is pinned to the ground with officer Derek Chauvin’s knee on his neck.

In the transcript, a frightened Floyd pleads, “Please don’t shoot me,” and “I’m sorry” as police officer Thomas Lane approaches him with a gun in his hand.

Later, officers try to force Floyd into the back of a police car, as he panics and tells them, “I’m claustrophobic,” and, “I’m not resisting.”

On the ground Floyd tells Chauvin, “You’re going to kill me.”

Chauvin replies, “Then stop talking, stop yelling, it takes a heck of a lot of oxygen to talk.”