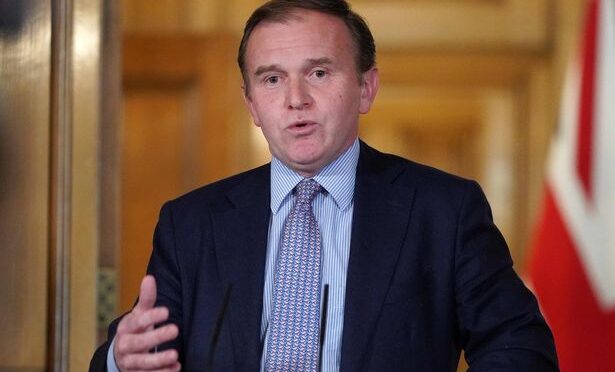 A minority of Millwall FC fans covered themselves in ignominy at the weekend when they booed black and white footballers ‘taking the knee’ to show solidarity with the fight for racial justice.

To its credit Millwall FC has chastised the booing racists among its supporters. The club said it was “dismayed and saddened” by the actions of the racist minority.

Across the country fans were returning to football stadia for the first time since the Covid pandemic began.

Some of the racist thugs associated with the Democratic Football Lads Alliance (DFLA), thought they would try a similar stunt at Spurs but instead supporters applauded the take the knee gesture of the football pros.

Similar take the knee happenings at matches across the country went off without a hitch, which is what makes the Millwall incident all the worse.

However, despite all right thinking people reacting with horror, that wasn’t the reaction of one Tory minister – George Eustice, the minister for the environment.

When asked about the racist incident and asked to condemn it, he failed to do so.

Asked on Sky News what he thought of the incident, he was more concerned with attacking BLM and fomenting ‘culture wars’ than he was with standing up to racism: “Well, look, I didn’t see that event.

“The issue of race and racial discrimination is something that we all take very, very seriously.

“My personal view is that Black Lives Matter, capital B, L and M, is actually a political movement that is different to what most of us believe in which is standing up for racial equality.

“But look, each individual can take their own choices about how they reflect this and I know a lot of people feel quite strongly about taking that approach.”

The government seems intent on doing its best to emulate Trump in whipping up racism.

Eustice’s alignment with the far-right is worrying, as is Priti Patel’s insistence in likening lawyers doing their jobs as “lefty activists”.

Patel even went as far as to say those campaigning to stop the deportation of people who came to this country from Jamaica when they were kids, as being an insult to the Windrush generation, when it is her government that created that scandal in the first place and of which the latest deportation flight to Jamaica is a part.

Take the knee: Tories trying to whip up racial division

Ok, so not everyone wants to take part in ‘take the knee’ events, and that is their prerogative, but to boo is to make an explicit statement of hostility, which can only be described as an endorsement of racism.

Tory minister James Cleverly said it was wrong to boo ‘taking the knee’, but then went on to make apologies for the racists:

‘Anyone who believes it was a racist act should read the views of those who booed and see they were doing it in reaction to the war memorials and statues of Churchill defaced by the BLM organisation and the extreme political views they hold and for which “taking the knee” is associated with.’

But there is more than one BLM organisation for a start, and the person or persons who wrote the graffiti on the Churchill statue were individuals on a demonstration of thousands

In truth Churchill was a racist – this is a statement of fact. But the Tories and their far right supporters are really just looking for excuses to undermine the movement.

The Tories are trying to play divide and rule and spread the lie that working class people are some how hostile to racism, implying that there are two working classes – one white and one black.

But this is of course far from the truth as this story from the summer of football fans in Birmingham marching against racism shows.