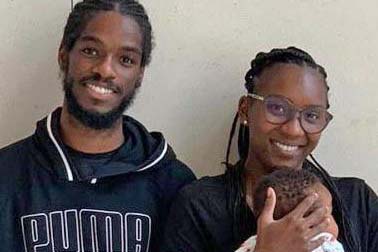 London police have finally apologised to British sprint star Bianca Williams after the racial profiling outrage perpetrated on her and her husband Ricardo dos Santos – and their baby three-month old baby – at the weekend.

The pair were stopped and handcuffed for the ‘crime’ of being black while driving a luxury vehicle – a Mercedes.

Sorry is definitely the hardest word for the Metropolitan Police Service. Getting the apology out of them was like pulling teeth.

But the apologies are hardly just recompense for the vicious racial profiling, which is why the Met is facing the prospect of being sued by Williams.

Police accused of lying to excuse actions against Bianca Williams

In an attempt to defend their actions, the police appear to have made up a story about Bianca Williams driving at speed on the wrong side of the road. Here’s what they said, in part, in their statement:

Officers witnessed a vehicle that was being driven in a manner that raised suspicion, heavily braking and accelerating which included driving on the wrong side of the road. They indicated for it to stop but it failed to do so and accelerated off. The officers caught up with the vehicle when it stopped on Lanhill Road. The driver initially refused to get out of the car.

“That is false, we were never on the wrong side of the road. We were driving down through single-width roads,” insists Williams.

“We only found out about us driving on the wrong side of the road once they tweeted.

“This isn’t the first or fourth or fifth time, it must be about the 10th. It’s getting ridiculous.

“We are planning on taking it down the legal route. I feel very hurt by their actions, and to witness my partner being taken away and for me to be taken away from my son, my heart hurts .”

Police racial profiling on the rise?

This is just the latest in an avalanche of such encounters. Whether it is the heightened awareness following the BLM protests or the police actually becoming more racist in their practice is hard to say, but either way it is pouring fuel on the fire.

The police have now also been forced to refer themselves to the Independent Office for Policing Conduct. (IOPC)

The IOPC was set up to replace the discredited Independent Police Complaints Commission. However, nothing has changed at the new rebranded institution apart from the name.

The IOPC is still very much a case of the police investigating the police, so don’t expect any relief to come via that route.

Bianca Williams’s trauma resulted from a police search in Maida Vale west London that seems to have been carried out under Section 60.

This law, in which the stop and search powers were reinstated in August last year, now allows police, from the rank of inspector upwards, to put in place powers over large areas to stop and search without providing a reason.

Section 60 powers can be enforced borough-wide, and even on a number of adjacent boroughs, on the flimsiest of pretexts, such as the suspicion that a knife was about to be used to commit a crime or such a weapon was seen in the hands of someone on the streets.

Campaigners are gearing up to ban the use of Section 60 searches.

The prevalence of stop and search has no proven effect on either deterring the commission of a crime or detection.

BLM protests continue to take place around the country, with two planned for London this weekend – on Saturday and Sunday.