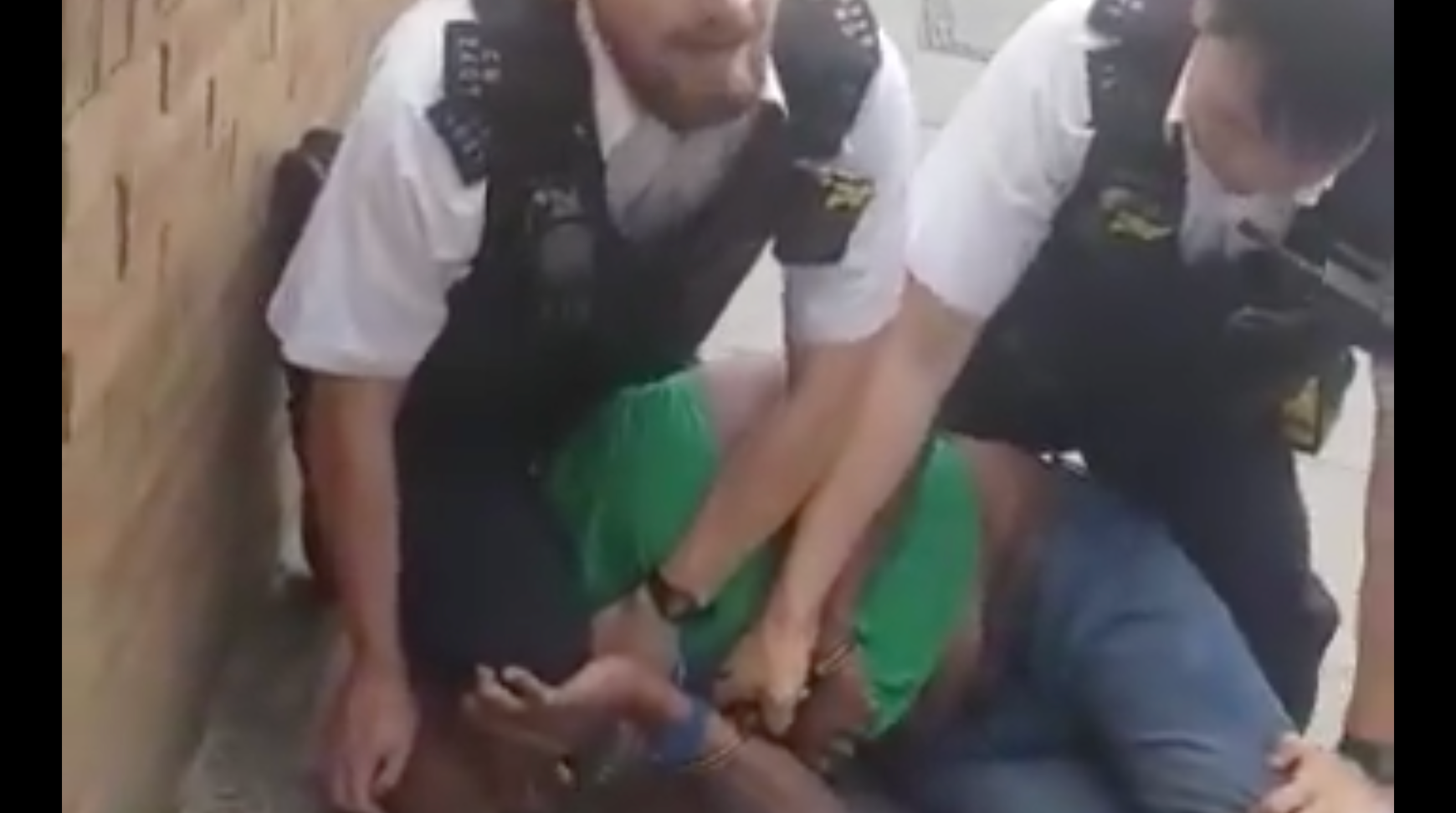 When does this end? That’s what black Londoners are asking themselves after video footage emerged of the police kneeling on a man’s neck during an arrest in Islington north London yesterday.

Fortunately for the man shouting “I can’t breathe” and “get off my neck”, he is still alive and has not suffered serious injury.

That’s no thanks to the police, and is instead due to the intervention of members of the public who were on hand to film this latest outrage.

One of the officers involved has been suspended, on full pay as usual, and another put on restricted duties.

Officers involved in such practices should be immediately sacked not effectively given time-off the job on full pay.

Maybe if they knew that they would immediately lose their jobs for such criminality they would think twice about going down that route.

Equally shocking is the fact that the police have no qualms about using this horrific restraint technique even after the murder of George Floyd and weeks of protests in the US and here in the UK.

It is not so much that the police are stupid. Instead it shows the depths of racist culture in the Met police. Every black person, in their eyes, is worthy of such treatment.

Called by Islington Stand Up To Racism