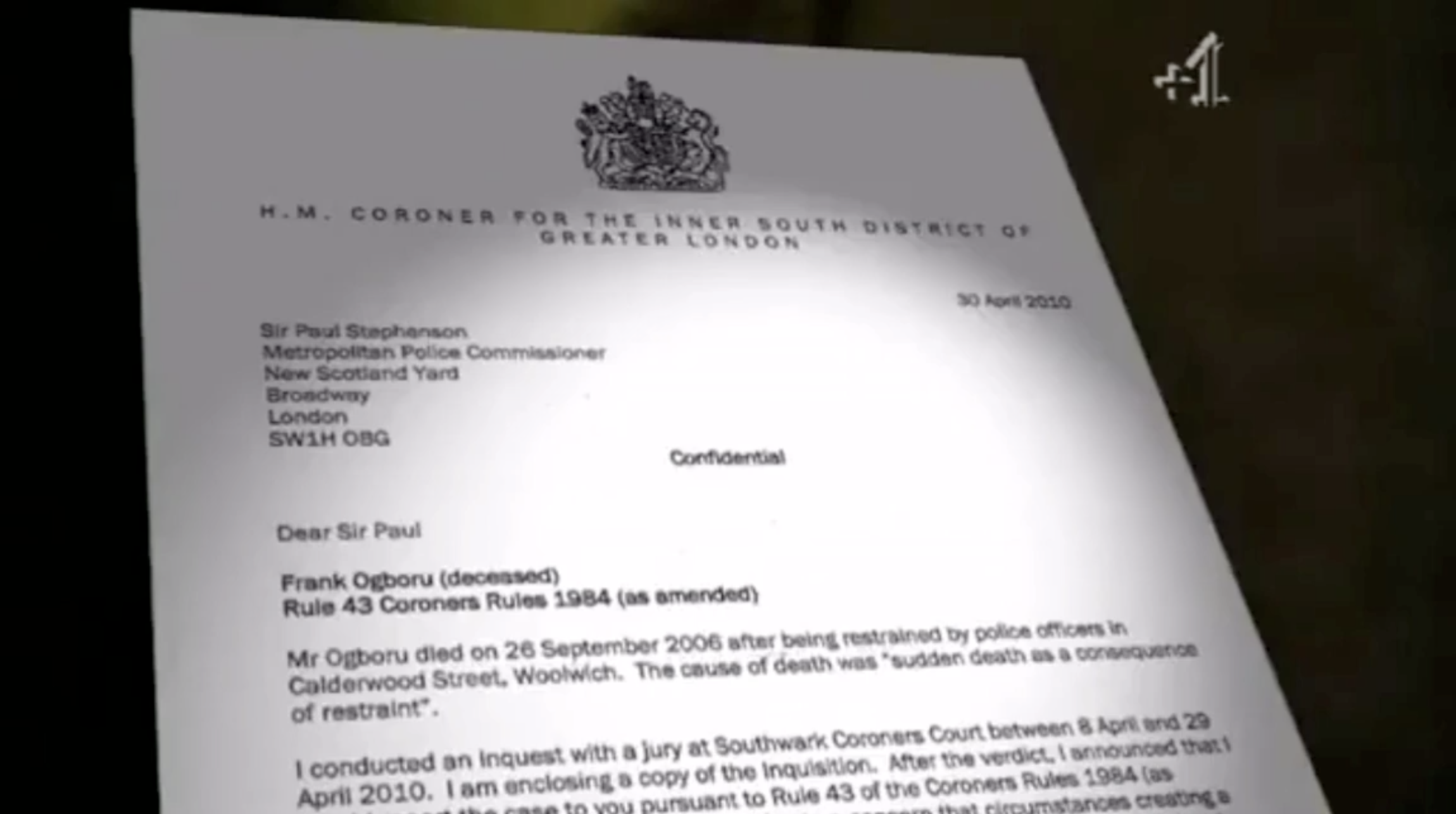 Frank Ogboru died after being restrained by police in Calderwood Street Woolwich, London, on 26 September 2006.

Four police officers were on top of Frank, with one at least for some of the time with his knee forced down on his head, when he expired.

Frank Ogboru, a Nigerian businessman, was on a tourist visit to the UK when he met his death.

The full horror is coming to light after an Inquest found that the police had ignored Frank’s cries and he struggled for breath.

“You are killing me, I can’t breathe,” he pleas.

Speaking from Lagos, Mr Ogboru’s widow, Christy said at the time of the killing: “I am crushed. I put my faith in the British system to give me justice but it has failed me. Frank was not a criminal. He did not deserve to die in the street like an animal.”

The Crown Prosecution Service is now reopening the case. Channel Four News has the full story: