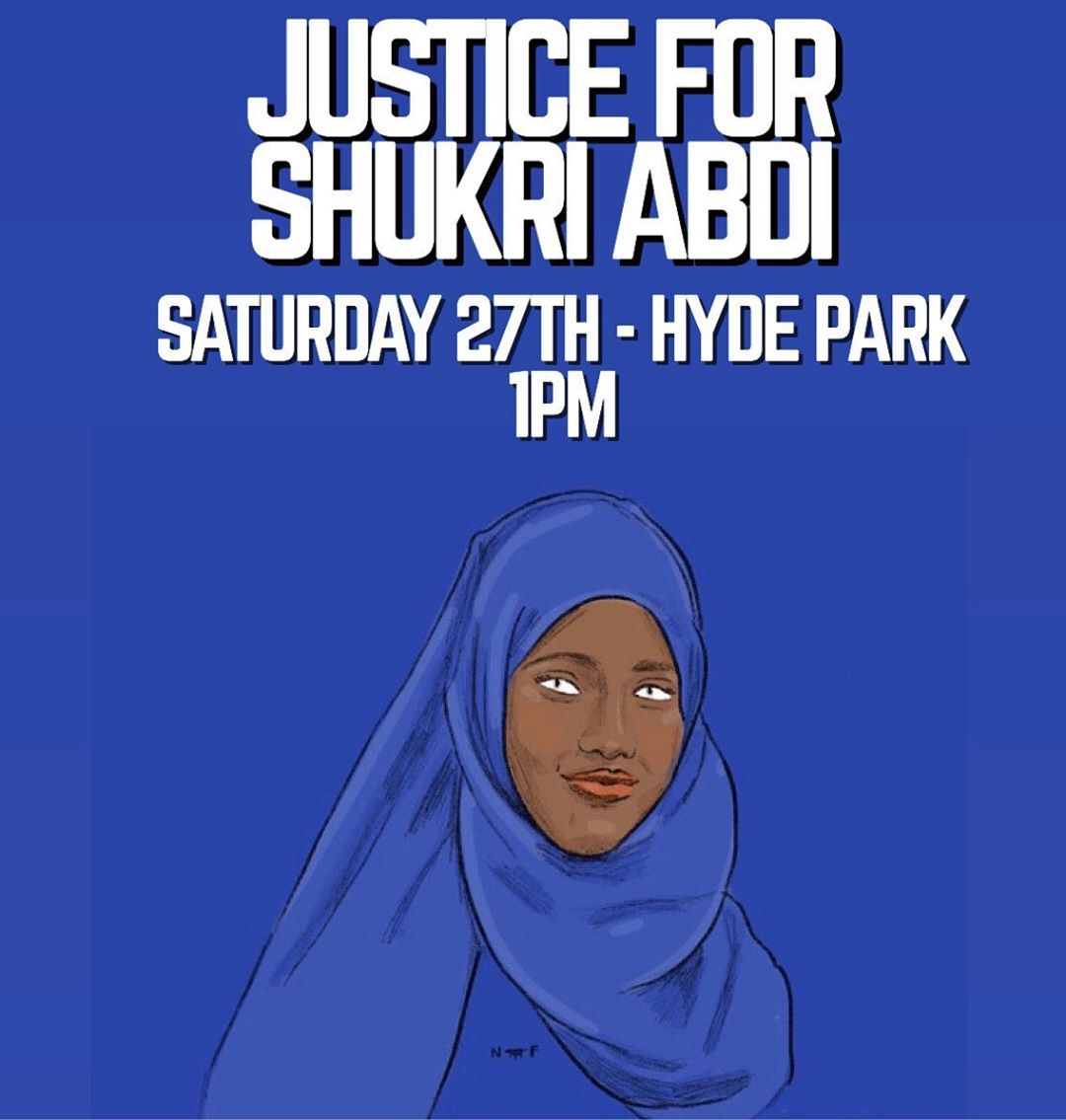 Below is the text from the petition started nearly a year ago demanding a full investigation into the drowning of Shurki, which many suspect was in fact an act or murder. The campaign is supported by John Boyega and the daughter of Malcolm X, Ilyasah Shabazz, and US rapper Ice Cube.

We want to see Real Justice – based upon a proper and full criminal investigation which should be opened ASAP – and not brushed away like it was 11 months ago.

12-year-old Shurki drowned in the River Irwell in Greater Manchester.

Greater Manchester Police said it was treating what happened as a “tragic incident” and did not believe there were any suspicious circumstances.

Shukri’s family, who live in Bury, said she could not swim and playing by the river was “out of character”.

Her uncle, Mustaf Omar, said: “She was a sweet, innocent child. Her mum is absolutely destroyed.”

“Everything about it is out of character for her.

“She couldn’t swim so she wouldn’t even go near the edge.”

Shukri, from Somalia, was the eldest of five children and was new to the country, Mr Omar said.