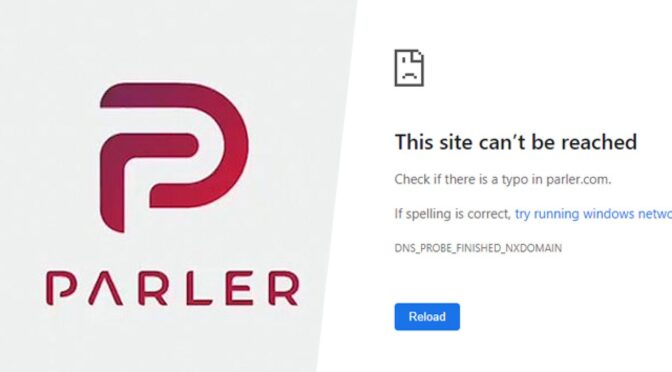 Its a few years late but social media has booted fascist-enabler-in-chief Donald Trump and now his supporters on Parler are about to be uncovered.

That has thrown up also sorts of real issues about the power of social media over our lives and politics, but the arguments of the right shutting down Trump is an affront to free speech is specious, to say the least.

But there can be no freedom to spread hate and violence, which is what Trump has been doing and to be honest it is what his followers continue to do on Twitter and Facebook.

Trump and assorted racists and fascists thought they would be able to spew their filth on Parler, but after Amazon’s withdrawal of Amazon Web Services hosting and its removal from the Apple and Google app stores, that outlet has been blocked too.

Parler is underwritten by Trump billionaire backer’s the Mercer family and has billed itself as the home of the far right.

Today it emerged that the entire content of Parler has been accessed and is currently being downloaded.

So in addition to all their live-streaming and selfies of their criminal conduct on Capitol Hill, we will soon have access to much of the planning and the individuals and organisations responsible.

Obviously relying on the police to bringing any of the far right criminals to justice is a waste of time given the police were accomplices and facilitators, apart from one or two honourable exceptions.

As the Parler planning is uncovered we will have further reports.

If you are wondering about the extent of the collusion and facilitating between cops and fascists, then the video below should help clear things up. Even as a woman laid dying, the police we talking to the far right rioters about calming down so that theey could let them continue on their journey around the Capitol building in search of lawmakers to kidnap, put on trial and execute, as was planned by some of the terrorist elements.

Even after a woman lies dying, police tell far right rioters to calm or you can’t some in! If they were Black their heads would have been blown off by now: “You guys can’t come in here if you are so unruly. You guys got to calm down”

The Daily Kos has more on how the Parler data was accessed here and more from Vice here.