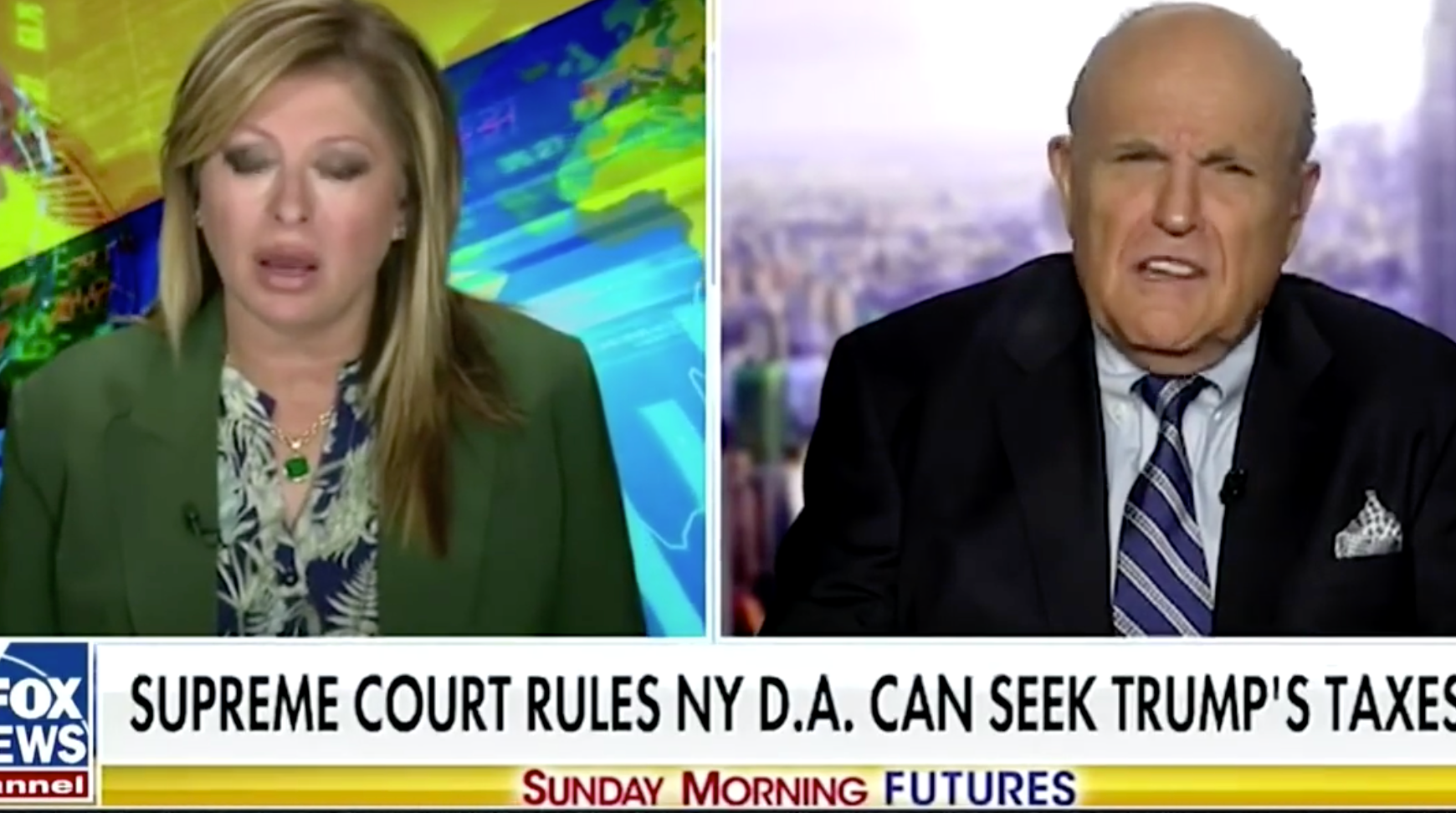 Trump’s lawyer Rudi Guiliani has been ranting again about fictitious foes. This time it is the “terroristic” Black Lives Matter movement.

Guiliani is fond of making stuff up, which is why he works for Trump as his personal lawyer.

In a sign of the success of BLM in the US and elsewhere, conservatives of various stripes are doing their best to foment a backlash.

Police killing black people with impunity doesn’t worry them, and neither does the systemic racism that hobbles the US.

They are fine with all that but just wish things could get back to the way they were in the 1950s – or even further back in the days when the slaveocracy ruled in the Southern states.

So what did Guiliani, the son of immigrants – and of course all white people in America are descended from immigrants – have to say?

“Black Lives Matter is an organisation run by three Marxists and financed by a convicted terrorist – who I happened to have convicted, who got 58 years in jail and got a corrupt pardon from Bill Clinton,” he bellowed on Hannity last Friday.

The three Marxists he presumably has in mind are presumably the women founders of BLM – Patrisse Cullors, Alicia Garza, and Opal Tometi.

Giuliani omits to mention the non-fictitious terrorism of the right, which is well documented by Southern Poverty Law Center here.

The New York lawyer wasn’t too keen on the paint job outside Trump Tower either.

It should be said that Giuliani is not a very good lawyer.

Over the weekend he tried to defend Trump hiding his tax returns from US voters but in doing so blew out of the water Trump’s main “defence” for not making them public, that they had to be audited.

Guiliani let slip that the returns had in fact had already been audited:

He wasn’t done there. In common with other conservatives and out-and-out fascists he pedalled tried old anti-Semitic conspiracy theories about philanthropist and hedge fund manager George Soros.

“I mean, why would Soros pay for DAs, other than to undermine our government?”

Giuliani was not the only one getting all worked up about the fight for racial equality.

The peculiar racism-enablement of Ginni Thomas

She could see reds under the bed too.

“BLM is a bit of a dangerous Trojan Horse and they are catching well-meaning people into dangerous posturing that can invite mob rule and property looting… Let’s not be tricked into joining cause with radical extremists seeking to foment a cultural revolution because they hate America.”

Back then, anyone who fought for civil rights was a red, MLK was seen as a communist fellow traveller and the actual Marxists of the Black Panther Party for Self Defense were so dangerous they had to be disrupted and liquidated by the FBI through Hoover’s COINTELPRO.

You would have thought the right could come up with a different story by now instead of the same old red-baiting instead of engaging with the issues at hand.