On 29th July we sent a letter to Nike and Apple demanding that they make a statement condemning  the killing of black people by US police. Neither corporation has replied. We paid them a visit. Nike, we protested outside due to the police presence but at Apple we entered and updated its customers on racist policing in the US and Britain. 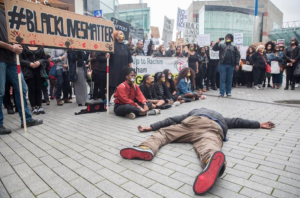 From Buzzfeed, by Fiona Rutherford

As the police watchdog releases its annual deaths in custody statistics, activists in solidarity with campaigners in the US tell BuzzFeed News why the movement is also relevant in the UK.

It took just two days for 20-year-old poet Aliyah Hasinah and her friend Olivia Brown to organise a Black Lives Matter demonstration in their hometown, Birmingham. More than 1,000 people showed up and the event was so successful it was trending on Twitter.

At midday the crowd sat in silence for two hours with tape over their mouths, holding placards with messages demanding justice and raising awareness of the trend of black people dying at the hands of police officers in America.

“It became even more powerful when at 2pm, after sitting in silence for two hours, we ripped off the tape on our mouths and started to march, chanting ‘Black Lives Matter,’” Hasinah told BuzzFeed News.

The 9 July demonstration was held in response to the death of Alton Sterling, 37, who wastackled to the ground before being shot dead by two officers during an incident in Baton Rouge, Louisiana. A day later, Philando Castile was shot dead by police in Minnesota as he reached for his driving licence while sitting in a car with his 4-year-old daughter and girlfriend, whose live stream of the aftermath helped push the killing into the public eye.

But the demonstration in Birmingham was about more than showing solidarity with black people in America. Hasinah said it was also about recognising the people of colour who have died in police custody in the UK. “Solidarity with the US is of course paramount,” she said. “[But it’s] in addition to understanding what we face on our own shores.” more

Britain’s Independent Police Complaints Commission (IPCC) has published the latest data on deaths during or following police contact, just as the Black Lives Matter movement formally launches in the UK.

It found there were 14 deaths in or following police custody, 3 fatal police shootings, 13 deaths from traffic accidents related to police pursuit and 60 from suicide following custody. 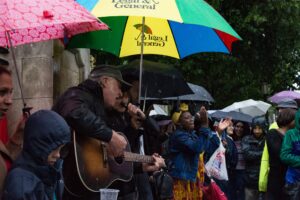 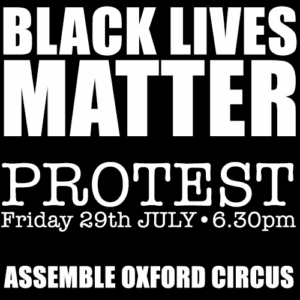 The protest will be targeting major US corporations in an act of solidarity with those battling police racism in the US and highlighting similar issues here in this country, brought into sharp relief following the release of the latest report on UK deaths in police custody. 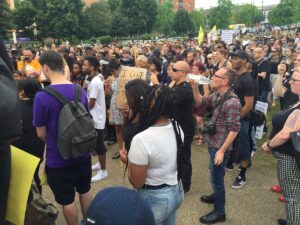 From the Sheffield Star

The Sheffield Black Lives Matter march mirrored peaceful protest seen in other cities like Leeds and Manchester, Bristol and Cardiff, Birmingham and London over the past few weeks.

The movement organisers said to wanted to show solidarity with movements across the USA after two high profile killings of black citizens by police officers.

Campaigners also came out to remember those who lost their lives in police custody in the UK and denounced racism and xenophobia in all levels of society. more 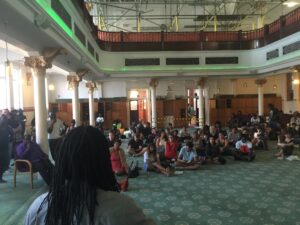 Full report to follow. Very successful meeting attended by 120 people, encompassing leading protest organisers and activists and others. Subjects covered included future action, intervention at this year’s Notting Hill carnival, music events, media and publicity, policing, stop and search, economics, boycotts and much more. we have set ourselves up as Black Lives Matter UK and will be organising a speaking tour to link up with other cities.

The media in London are trying to blame BLM for the trouble in Hyde Park last night just because some black kids were apparently involved. Blame the system of racsim and inequality for creating a society where a minority of young people feel the need to carry knives instead of picking on the victims and those fighting for change. Come to tonight’s meeting. Without struggle there is no progress!

fight the system, make a change. 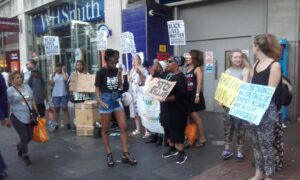