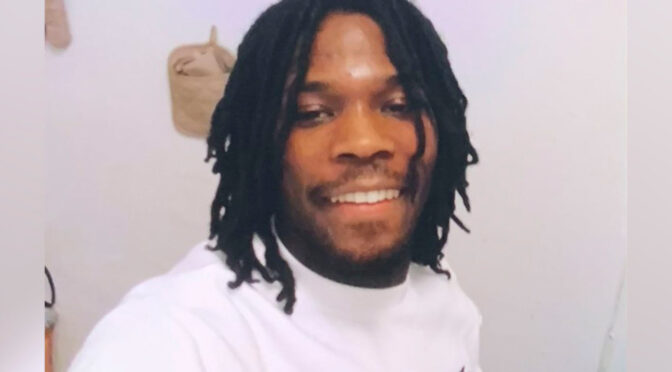 The murder of Walter Wallace is the latest brutal outburst of racism from American police.

Wallace had a history of mental health issues but instead of getting the help he needed, he ended up dead at the hands of cops who don’t know how to shoot to injury – they always shoot to kill.

The murder of 27-year-old Wallace led to two days of mass protests in Philadelphia as black and white protesters demanded justice for the slain man.

In last week’s protests, at least five police cars were torched and some 91 people arrested.

The Pennsylvania national guard were shipped in at the end of last week to put down the revolt, but the temperature is expected to rise again when the body cam footage is released on Wednesday – the day after the presidential election.

A 9pm curfew has been imposed across Philadelphia.

As usual the white supremacists in the White House were quick to condemn ‘mobs’ and said nothing at all about yet another killing by racist cops.

At a campaign rally in Arizona on Wednesday last week, the thug in chief Donald Trump said: “Last night, the city of Philadelphia was ransacked by violent mobs and Biden-supported people.

“These were all Biden-supported people, and he wouldn’t even call them out.”

The police did have plenty to say though.

Someone called John McNesby from the the police union (lodge) said the police involved in the murder “are traumatised by being involved in a fatal shooting”.

Derek Chauvin – the cop who killed George Floyd is out of prison and wandering around as a free man as he waits for a trial at which he will no doubt walk free.

As 400 years of history attests, to get racial justice in America requires struggle.

No Justice No Peace, no racist police.